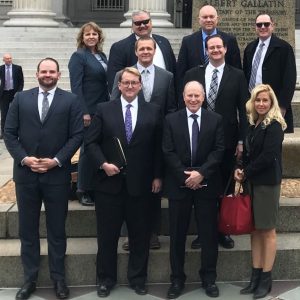 The NAGDCA Board made their annual visit to Capitol Hill in Washington D.C. on March 25th & 26th and participated in eleven meetings with staff from the House Ways & Means Committee, the Senate Committee on Finance, the Department of Treasury and the SEC Office of Investor Education and Advocacy. NAGDCA’s high level priorities including supporting National Retirement Security Week, preserving our unique plan features, Roth improvements, plan administrative and distribution efficiencies and enhancing investment options for 403(b) investors were presented and resulted in engaging discussion and feedback. 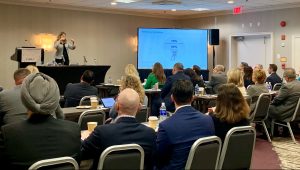 The annual NAGDCA Industry Roundtable was held April 25 & 26th. Thank you to Industry President Jake O’Shaughnessy and the industry committee for developing a great program. Anne Lester from J.P. Morgan provided the group with some great data and content regarding investor outcomes and behaviors during her session, “Preparing for Economic Uncertainty”. A session entitled “The ‘Cat & Mouse’ Game of Deriving Revenue, Maintaining Transparency and Delivering Value” pertaining to the record keeping RFP process boasted a knowledgeable panel and great group interaction. Finally capping off of the event was the latest legislative update from NAGDCA’s Director of Government Affairs, Paul Beddoe and a visit and current legislative environment “read” from four staff members representing the House Ways & Means Committee and the Senate Committee on Finance. 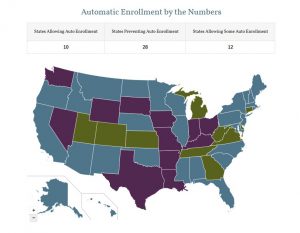 The benchmarking survey is coming your way this month. The benchmarking committee has been hard at work simplifying some of the survey questions as well as making it easier for plans and record keepers to submit information. We need significant participation from plans for this survey in an effort to make it a successful benchmarking tool for plans to use to gauge their own plan as well as determine the latest and most accurate trends in the public defined contribution space.  Participating in the survey provides plans with complimentary access to the online benchmarking tool. The survey is one of kind given its public sector specific data, so please participate and make it the most robust tool for member plans and the industry. The survey data will be released prior to the annual conference in September.

Finally, it is again that time of year and the request to volunteer for committees will soon be in your inbox, so please consider volunteering and if so inclined, consider running for a member-at-large NAGDCA Board position. Committees will be assigned in late summer and will meet during the annual conference, and the member-at-large election will be conducted online prior to the conference. NAGDCA thrives because of our wonderful volunteers! Please contact me, the other Board members, Matt Petersen or Tracy Tucker if you have any questions.

Executive Board Nominations Due June 11

NAGDCA is currently seeking nominations for the Member-at-Large leadership position. Click here to learn more and submit a nomination.

The annual conference is only 4 months away! Check out the conference website for information about sessions, speakers, sponsorship opportunities and more!

If you missed NAGDCA’s April 10th webinar, Data-Driven Communication Strategies, you can access the recording in the webinar archive. Save the date for the next webinar, Goals, Data and Improving Participant Outcomes, scheduled for July 10.

Legislation which includes NAGDCA’s top legislative priorities is being readied for reintroduction by Senators Rob Portman (R-Ohio) and Ben Cardin (D-Md.). We expect that it will be similar to the legislation that the senators introduced in December 2018, and to include several of NAGDCA’s ideas that would improve governmental defined contribution plans by making it easier for participants to save and for plan sponsors to administer.

Meanwhile, the stars appear to be aligning for moving bipartisan retirement legislation in both the Senate and the House. Senate Finance Committee Chairman Chuck Grassley (R-Iowa) and Ranking Member Ron Wyden (D-Ore.) introduced S. 972, the Retirement Enhancement and Security Act of 2019 (“RESA”), in early April. The bill is essentially the same as legislation which was introduced in the past two congresses. The bill’s sponsors are hoping to take the bill directly to the floor and pass it by unanimous consent, since it continues to enjoy broad bipartisan support. A section by section summary of RESA can be found here.

Under Chairman Richard Neal (D-Mass.) and Ranking Member Kevin Brady (R-Tex.), the House Ways and Means Committee passed H.R. 1994, the Setting Every Community up for Retirement Enhancement Act, or SECURE Act, of 2019 in early April. Neal and Brady introduced the bill as a companion to RESA. It could go to the House floor for consideration as early as this month. A section by section summary of the SECURE Act can be found here.

While neither bill includes NAGDCA priorities, the encouraging bicameral and bipartisan cooperation may lay the groundwork for future legislation. In fact, Ways and Means and Finance committee leaders have indicated that they intend to pursue another round of bipartisan retirement legislation, which could include NAGDCA priority provisions as in the Portman-Cardin bill.