Congress returns to Washington next week after midterm elections in which Democrats won enough seats to retake the House and Republicans increased their Senate majority. While the partisan split will likely put the brakes on most major legislation for the next two years, bipartisan action on retirement policy may be possible.

Notably, Rep. Richard Neal (D-Mass.) is in line to take the chairmanship of the House Ways and Means Committee, which has jurisdiction over the tax code, when the new Congress is convenes in January. Neal has a strong interest in retirement policy. Last year he signaled his intentions by introducing the Retirement Plan Simplification and Enhancement Act, H.R. 4524, which includes provisions reflecting NAGDCA’s priorities, including repealing the first day of the month rule, allowing non-spousal rollovers, and including the Saver’s Credit in the 1040 EZ form.

NAGDCA continues to discuss our ideas for improving governmental defined contribution plans with Senators Rob Portman (R-Ohio) and Ben Cardin (D-Md.) who are working on a new package of retirement policy enhancements which could be introduced during the lame duck session. Though the calendar would make passage this year unlikely it could be reintroduced in the new Congress.

In the short term, retiring Senate Finance Committee Chair Orrin Hatch (R-Utah) and Ranking Minority Member Ron Wyden (D-Ore.) continue their efforts to advance the bipartisan Retirement Enhancement and Security Act, S. 2526, (known as “RESA”), during the lame duck session. If they are successful, the Family Savings Act, H.R. 6757, which passed the House in September, could form the basis for negotiating a compromise bill with the Senate bill. While neither measure addresses governmental defined contribution plan issues, neither do they include the adverse plan consolidation provisions which NAGDCA has actively advocated against. 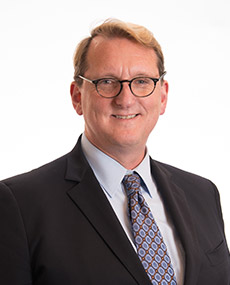